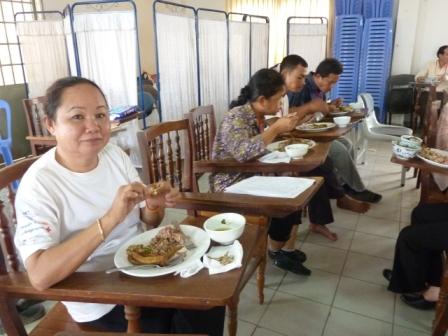 This was necessary because our Peer Educator had moved out from the area and taken up a profession that keeps him rather busy, leaving him insufficient time to follow-up the registered patients with diabetes in that area. Mid-July 2010, the male peer educator was officially replaced by a female Peer Educator, who also happens to be a Physical Exercise Trainer. Later this year we hope to see improved results in Boeung Salang. let’s wait and see if the BMI among our members there will start to decrease as a result of this new effective input!

Laboratory: MoPoTsyo enrolled in an External Quality Assurance System (EQAS) to help maintain the quality of our laboratory results. In July 2010, we received for the first time a range of samples on which we perform our biochemistry tests. Before a certain date, every month, we send our results by email and then get feedback to what extent our results have deviated from the international standard.  Our laboratory is only one of 6 Cambodian laboratories enrolled in this system, in which thousands of laboratories worldwide participate.

Instead of paying for external expensive laboratory tests, we are now using our own lab services for these 6-monthly assessments of the Peer Educator Networks. Those randomized patients come to give a blood sample early morning at 06.30 for Blood Sugar, Creatinin, Total Cholesterol and Triglycerides. These 4 tests are free for the randomized patients who also agree that our assessor interviews them to assess their knowledge on self management. The blood sampling and the assessments are done at the home of the peer educator, whose performance is being reviewed through her/his patient outcomes. Mostly the location is not very far from the patient’s home. MoPoTsyo hires a nurse to draw the venous blood samples. Then one trained peer educator, spins the blood samples and separates the serum from the whole blood with a pipette, before putting the serum on ice and sending it to our lab where it is further processed later the same day. 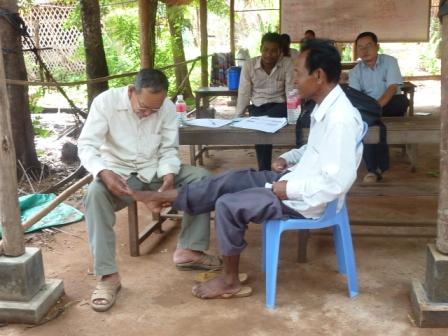 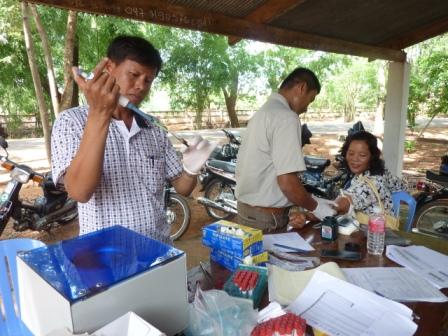 During the assessments we also offer our lab services to members who want to get tested but who were not so “lucky” to be randomized. They have to pay for all the lab services that they choose. We are still struggling with the practical question on how we are going to organize proper sampling of urine for albumin in those locations in such a way that there will be no contamination of the sample.

It seems that we can recover our costs of running this lab service with the current price levels, which are, as always, extremely competitive…in other words cheap. We do not allow non-members to test, so only MoPoTsyo members, people who have been assessed and registered and have a MoPoTsyo patient ID can access the service. We don’t do walk-in patients… 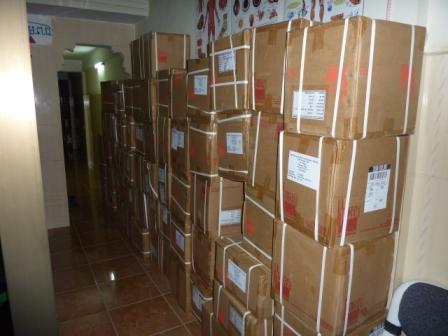 Revolving Drug Fund: A new shipment of medicines arrived at Phnom Penh Airport to re-supply the 14 pharmacies that we have contracted. We have the experience by now in preparing all the necessary paperwork for Ministry of Health and the customs and to obtain the permissions and clearance ourselves. We count two weeks between date of arrival at the airport and arrival in our stock. Our first sea-freight, blood pressure equipment, is on its way from China to the Cambodia port of Sihanoukville. This will give us also experience in handling sea freight.

The European Union has accepted our concept paper 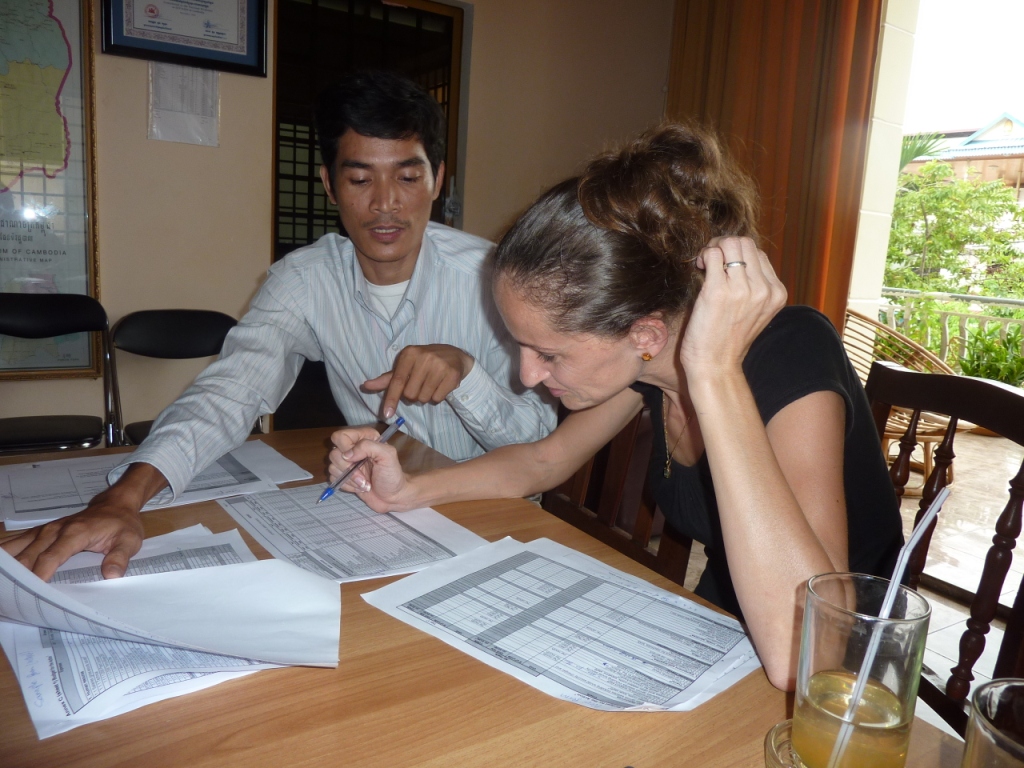 to start a new project. For this we have teamed up together an experienced French NGO called ACTED-PSF. The project location is Chhouk OD in Kampot province. Now we cross our fingers and hope that also our final joint project proposal, introduced on August 3, 2010 at the EU will decisively beat the strong competition for the funding.

In Kompong Speu province, we have started the intervention in the Operational District Kong Pisey OD, bordering Ang Roka OD in Takeo. We have signed agreements with the local authorities (OD and PHD) and now wait for the official Memorandum of Agreement with the Ministry of Health, which has been approved for signature by the Ministry. We have started to select people with diabetes who are suitable to become peer educator. Nine candidates have been selected and 4 have completed their training. The first candidate failed the exam about three weeks ago and is undergoing further training. Three more became ready two weeks ago at the end of their training and, but their HbA1c test was still too high, higher than 7.5% which is the standard to be admitted to the exam. For people who don’t know this: a HbA1c blood test shows average blood sugar over the 3 months preceding the test  and for people with Type 2 Diabetes who have reached middle age, like our peer educators, it should not be higher than 7.5%. In fact, the daily measured blood sugars of the 3 peer educators when they completed their training, were already completely within the normal ranges, but since the HbA1c results reflect the past 3 months, their averages still reflected a large part of 3 preceding months during which they were not yet under good glucose control.

A second group of 3 candidate Peer Educators from Kompong Speu is now being trained but not yet ready for the exam.  Coincidentally they have better HbA1c than the first 3. Two more candidates have been selected to firm the third group of three candidates. The expectation is therefore that in September 2010 a large number of candidate Peer Educators will take the exam, after which the screening in Kompong Speu will be able to begin, provided that many can pass the exam of course.

For this new AUSAID funded project in Kompong Speu, we have recruited a third physician to cooperate with us in the training of local doctors and in doing consultations for our membership. This will hopefully start some time in September, October.

Diabetes and Tuberculosis: It had been established scientifically that in India as much as one in five cases of pulmonary Tuberculosis is due to diabetes, but we suspect that if the data were available about Cambodia, we could find a similar result. The implication of the Indian study by C. Stevenson published in 2007 (see http://www.biomedcentral.com/1471-2458/7/234) is that effective Diabetes care helps to reduce incidence of Tuberculosis. On July 1, 2010 sadly and to everyone’s dismay, one of the candidate peer educators from Takeo,  a school teacher of 54 years old, died while being hospitalized in Phnom Penh, the cause of death reported to us by the relatives being Tuberculosis.  For our poor candidate his effective glucose control has come too late to prevent pulmonary Tuberculosis from infecting him and possibly more people. He had not yet passed the exam.

The“Beyond Scaling Up” meeting in Sussex, UK further contributed to materials that can be found on the website of Future Health Systems, with more attention paid to chronic illness as a theme, see :
http://www.futurehealthsystems.org/themes/themes2008/chronicillness/index.htm 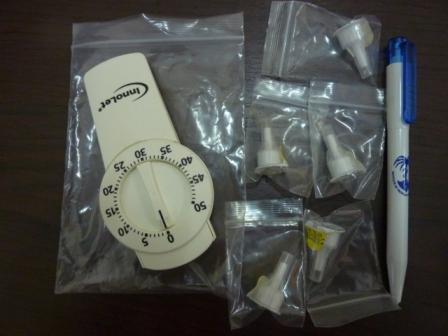 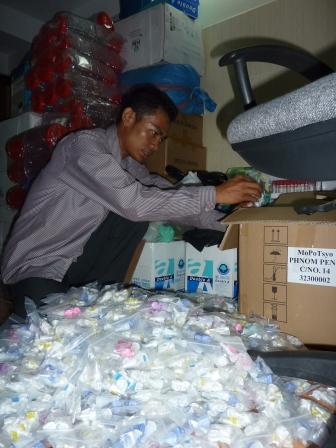 MoPoTsyo’s intervention was mentioned as example of Appropriate technology by the independent American author Emily Friedman’s article ”It’s Pretty But How Does It Fit? ” published on August 3, 2010 on the home page of Hospitals & Health Networks website, see http://www.hhnmag.com/hhnmag_app/jsp/articledisplay.jspdcrpath= HHNM AG / Article/ data /08AUG2010/080210HHN Weekly_Friedman&domain =HHNMAG
or download the .pdf here. Friedman points to the fact that MoPoTsyo is promoting the use of urine glucose strips among our members with diabetes so they can keep an eye on their glucose levels after the meal, without having to spend a fortune on Blood Glucose strips which have to come with lancets and a Blood Glucose meter. The truth is that the urine glucose strip remains underutilized in developing countries although the IDF(International Diabetes Federation) issued an excellent position statement on this topic in March 2005, with a number of points that are worth repeating here:

The IDF position on urine glucose monitoring is that:

MoPoTsyo wholeheartedly agrees with this IDF statement. In the last paragraph where it speaks about the health care professional, we read “peer educator” because that is another relevant example of “appropriate technology” in the Cambodian context. The whole position statement an be found at http://www.idf.org/node/1241?unode=5A25893C-B9D4-4F00-B57A-D27E24AAFB4B 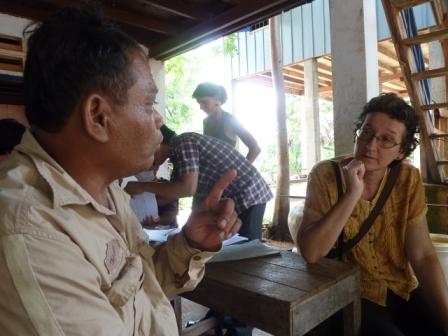 MEDICAM is Cambodia’s coordination agency for all the NGO’s working in the health sector. It has a Task Force on noncommunicable diseases, the NCD NGO Task Force. It is the role of the Task Force to make recommendations to the MoH with regards to organization of care for NCD. MoPoTsyo is the vice chair of the Task Force. On June 21 MoPoTsyo presented the Peer Educator Network to the members of the task force and on July 22nd the Task Force members visited Ang Roka OD in Takeo. There in Ta Phem commune, the 6-monthly assessment was taking place. The next step for the Task Force is to agree on a report of the findings with regards to Peer Educator Networks and produce  conclusions and recommendations.

On August 6th, MoPoTsyo met with all the Peer Educators in Phnom Penh for a discussion on a number of issues: the organization of World Diabetes Day Sunday 14 November in Takeo, changes in the Peer Educator incentive scheme, an adjustment to the planning of screenings for Diabetes and High Blood Pressure for each health center coverage area. After the lunch break, the afternoon was spent on sharing the sustainability plan of MoPoTsyo based on the latest figures of Ang Roka, a discussion on how we can strengthen the monitoring of the pharmacies, the introduction of a new tool for the Peer Educators with information on the medicines, and a new tool with technical information on the laboratory services. It was a very useful meeting. 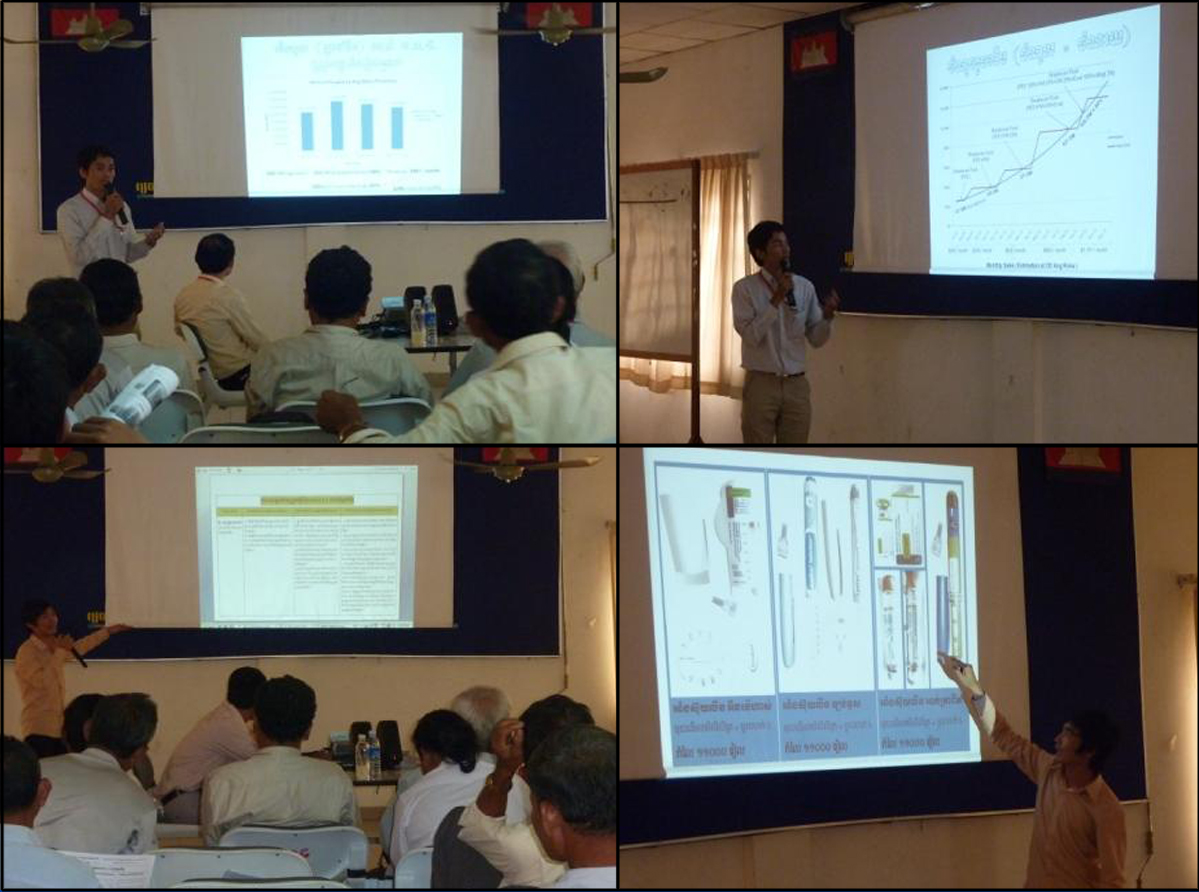 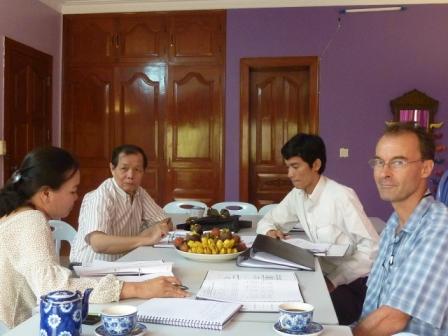 the audit and review the progress. It is six years after MoPoTsyo was created, and five years after it became operational. The Board also approved the organization’s proposed sustainability plan and the changes in organizational structure which have become necessary to ensure the continued coherence of MoPoTsyo’s growing involvement in the facilitation of access for its own members to affordable medical services of good quality.