World Diabetes Day 14 November was celebrated in Takeo town, organized by the Provincial Health Department and MoPoTsyo together. The guests of honor included HE Thea Kruy Secretary of State for Health, HE Leng Mony vice governor of Takeo province and many government officials. 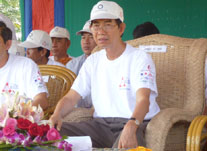 people with diabetes participated in the walk. Most were our members from Takeo but also many came from Kompng Speu, from Phnom Penh and even a large group of 42 patients came from Banteay Meanchey. There were 56 Peer Educators. The walk was well organized by the peer educators and provincial authorities. It took place without any incidents thanks to safety measures taken by the local traffic police whose leader also joined in the celebrations. After the walk there were speeches from the government encouraging the patients and the peer educators in their activities. Same as last year, there was also a healthy low-glycemic lunch, followed by relaxed Entertainment by members who have themselves diabetes:

Click to see videos about world diabetes day in 14 November 2010 at Takeo :

The stand up Comedian cracked very good jokes, leaving most of us gasping for breath. 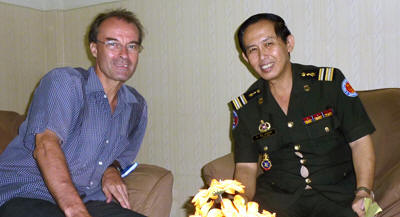 The diabetic songs: this year new songs were created by Lt Bun Chanthorn from the Ministry of Defense, this time about 2 essential drugs which have been serving humanity for decades, so it is seems appropriate to honor each of them with a song: one song about Glibenclamide (in the USA this it is called Glyburide), and another song extolling the virtues of Metformin. These 2 generics are cost-effective essentials routinely prescribed for many of our Cambodian members.

It was a very nice day and like last year it was well organized although there were many more people this time. 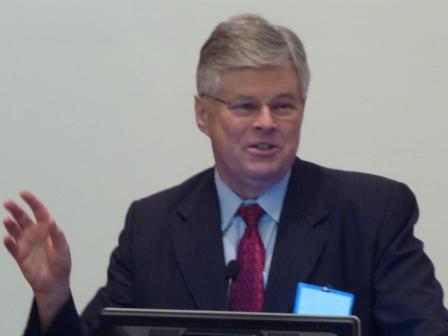 about peer education, held in Kuala Lumpur from 11 to 15 October. Peers for Progress (see http://www.peersforprogress.org) is a program of the American Academy of Family Physicians Foundation. The program consists of 14 evaluation and demonstration projects, which aim to accelerate the availability of “best practices in peer support” around the world. On the picture right, main organizer Prof Ed Fisher. Before the conference MoPoTsyo was not yet a member, but since the conference we are.

The key messages MoPoTsyo gave were:

1) It is feasible to provide an effective, affordable, sustainable and acceptable continuum-of-care for people with Diabetes in a Low Income Country such as Cambodia.

2) Cost of standard care for the people with diabetes must be cut by 5 to 10 times (that is necessary because the average Cambodian per capita income is USD 43 in 2009).

3) Such cost reductions are possible by reorganizing the inputs and smart purchasing of inputs (1. cost effective generic medicines, 2. task shifting from professionals to lay workers).

On the changing role of Peer Education and Peer Education Networks in different cultures and settings, we shared our observation that the less a society finds itself in a position to help its own citizen-patients to pay for an adequate continuum of care, the more room there has to be created for citizens-patients to take on that challenge and get organized in order to take care of themselves, cheaper and sometimes better. This type of empowerment restores people’s dignity and well being. This approach fits well with Cambodia’s National Strategy for Control of Non-communicable Diseases (Ministry of Health December 2007) to be found at Here is the link address http://www.medicam-cambodia.org/publication/details.asp?publication id=23&pub lang uage=English).

Protecting special vulnerabilities…eyes of people with Diabetes earlier this year, the CARITAS EYE HOSPITAL has splendid new buildings in Takeo to provide eye care services, including laser treatment for people with retinopathy. 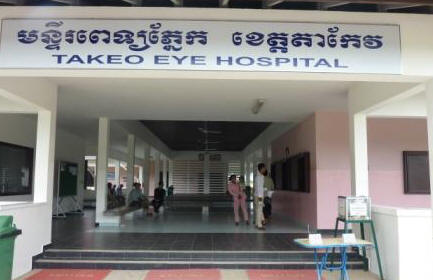 MoPoTsyo and CARITAS cooperate to facilitate an eye exam for members who have had diabetes for more than 5 years. On every Thursday, a remorque with a group of our members from one health center area, travels to the Eye Care clinic for a check up. This way all members have an opportunity to get access. The laser treatment, if considered necessary, is sponsored by CARITAS.

Kompong Speu province in September 2010 the first peer educators from Kong Pisey OD in Kompong Speu province passed the exam. There are 17 health center areas to be covered, replicating the model from Takeo province. The candidate peer educators were trained in Takeo and in Phnom Penh slum areas. Screening has started. There are peer educators active in 9 of 17 health center coverage areas. We are getting very good collaboration from the Operational District authorities. This is a project entirely funded by AUSAID.

Insulin for Life Australia and the Netherlands MoPoTsyo now has 59 People with diabetes using insulin (only 0.59% of our members use insulin because they are mostly type 2). We obtain insulin from a great organization called Insulin for Life Australia (see http://www.insulinforlife.org/ ). This remains at the moment the lifeline for our members. Modeled after this initiative, Insulin For Life the Netherlands was created to meet the insulin needs of people with diabetes in low income countries. Below are pictures of how MoPoTsyo was given precious insulin recovered from diabetic Frysians, a fierce tall blond people with a pre-Dutch history who live predominantly in a remote and windy lake district in the Northern part of the Netherlands. Aren’t we living in a globalized world…! And it is not all that bad. 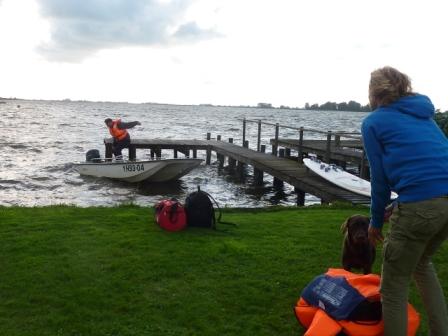 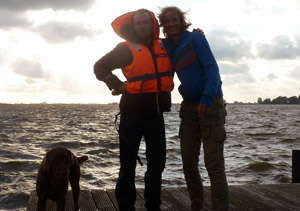 Our laboratory after we found out that our creatinin values are too high and some other problems we asked and got free advice from Australian expert Robyn Devenish.

She came over and checked what we do and then taught us many things that we since have started to do in order to improve our quality. This kind of volunteer assistance is great and exactly what we need from time to time. We will have to work hard to make our house in order but we will get there.

The World Diabetes Foundation WDF had co-sponsored our first rural project (WDF07-229), the creation of the Peer Educator Network in Ang Roka OD in Takeo province. We delivered and it is a sustainable success. After completion the project was officially closed (download letter)

Since then we applied for funding of a new project to replicate the success of the first project but for less money. WDF also honored this new project with funding and which we are implementing now (WDF09-463).

The results of WDF first project contributed to an influential policy brief on development aid, in which MoPoTsyo initiative is highlighted. It can be accessed at http://www.ids.ac.uk/go/news/making-health-systems-work-for-the-poor-beyond-scaling-up and the slide show can be downloaded at http://www.slideshare.net/-katecommsids/van-pelt-diabetesincambodia.