After 4 weeks and having picked up interesting ideas, he returned to Cambodia at the end of April….and got married throwing a big party on 15 May 2010. 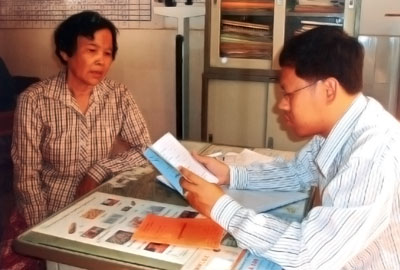 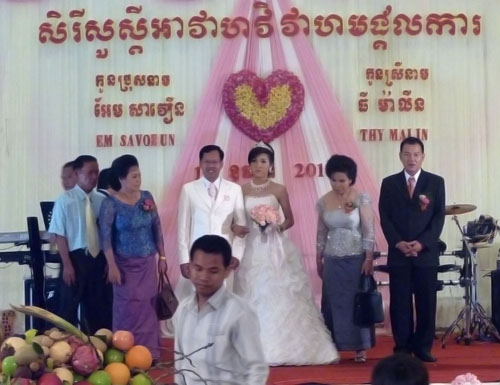 We purchased a second laboratory machine to provide opportunity to our members to do the main biochemistry tests with reliable results twice per year at affordable prices. Demand appears stronger than we had expected. The availability of the lab results helps the Doctors to make more appropriate prescriptions for our members. We are busy recruiting a full time experienced and licensed laboratory technician to work with us. 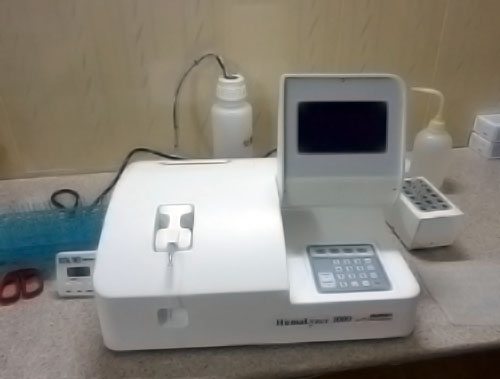 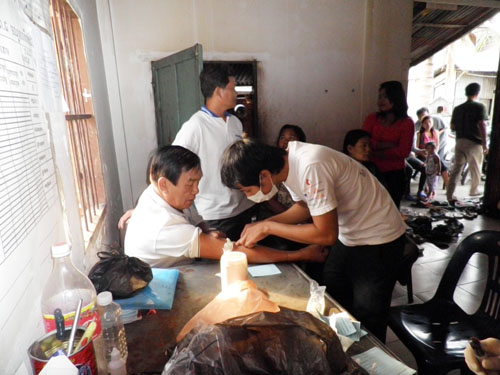 In early April, before Khmer New Year, we held a large Peer Educator Network meeting in the open air in Cambodia’s biggest Zoo, Phnom Ta Mao. Why in the Zoo? Why not in the Zoo? It is a nice Zoo and the animals appear well taken care of and have lots of space. We were also taken care of but as visitors and enjoyed the day with play, food and discussions. It is the first time we talked about “environment” and how we also can contribute to preserving it as part of our work. The peer educators from Takeo, Phnom Penh and Banteay Meanchey met to discuss about two other important topics: prepare World Diabetes Day 2010 and on our own evaluation system. 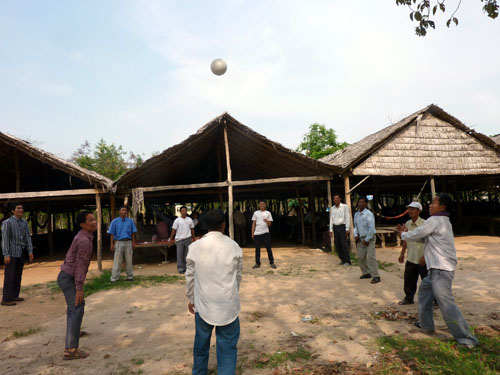 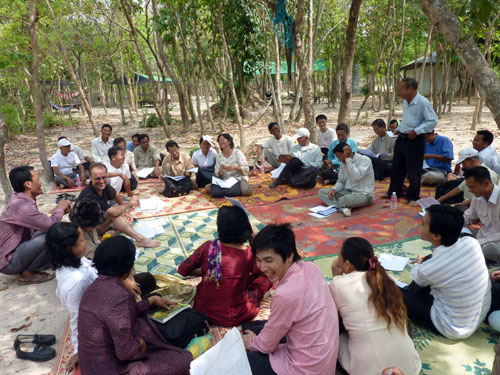 In collaboration with the network of another NGO in the urban slums, FHD, and with technical assistance from WHO, we organized a morning on risk factor control to increase awareness and use FHD’s network to reach more people in the slum areas. This is part of our attempt to try to work also through other organizations to reach more people with prevention messages. With joint activities and mass events where information is available, people can screen their risk factors and find their way to more affordable care systems, like ours. There will be a follow-up meeting with the same group 3 months later, to see if their risk factors have improved and to find out if they have changed their behavior and also why not, if they haven’t. 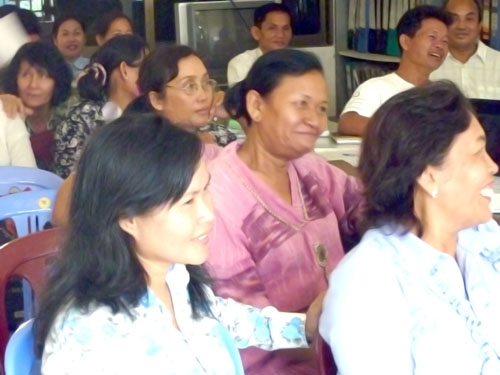 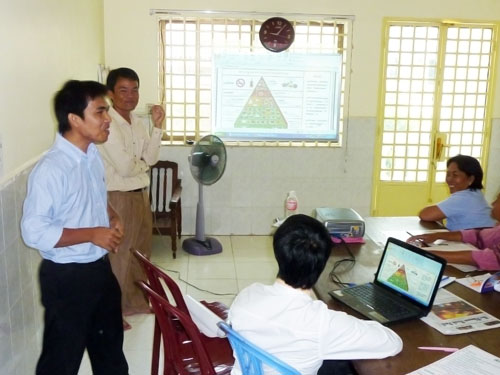 Cambodia’s Ministry of Health and the Ministry of Education have approved a poster that we have helped to design for use in the schools where we are doing primary prevention. The poster explains risk factor control. We use it to explain teachers about this topic. This is the basis for a second phase where the teachers and school children are involved together in grass roots actions on primary prevention. The poster is now ready to go to the printing shop.
Click to see the picture. 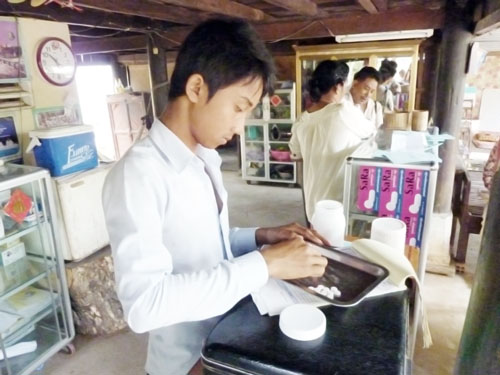 illegal pharmacies. The provincial authorities have asked us to speed up the expansion of our distribution network. We are doing everything according to the law and cooperate closely with the local authorities. The number of pharmacy outlets that we have contracted has risen from 7 to 12. Our short term target is 40 pharmacies. The underlying reason that travel costs are a big part of the costs to adhere to prescription in Cambodia, not just the price of the medicines…. In order to reduce the travel costs for people who need to buy their prescription medicines, we will establish at least 4 pharmacies in each operational district.

MoPoTsyo joined forces with the French NGO ACTED-Pharmacies Sans Frontieres in order to apply for funding from the European Union in order to be able to set up a Peer Educator Network in Chhouk Operational District in Kampot province. Now it is the 4th time we are applying for funding from the EU for the same project in the same area because the EU rejected it 3 times already. There are many agencies who apply in a very competitive process. One day we’ll get it.

A documentary, called THE GIRLS OF PHNOM PENH portrays the lives of 3 young girls who have been sold by their relatives to pay for the family’s medical bills… and yes: her own mother’s Diabetes is the chronic disease that costs a fortune to treat and that is where the sex worker income is spent on. A compelling movie which lets the girls reflect and talk about themselves. Read more about this 60 minute recent release at http://www.thegirlsofphnompenh.com/thefilm/thefilm.html

The Geneva Health Forum in April 2010 (http://www.ghf10.org/) where MoPoTsyo was invited to speak about access to chronic care, presenting the Peer Educator Network as a possible intervention in Low Income Countries. The presentation can be found at conference web page http://www.ghf10.org/reports/160 presentation number PS33.
Audit
Our auditor, Vanda, completed the audit of 2009.

It took several months but last week we obtained the official permission from the authorities in Kompong Speu province to begin building a Peer Educator Network in the operational district of Kong Pisey. The first Peer Educator has been identified and his training has started. Other candidate peer educators were not suitable. It is a new project funded by AUSAID.

MoPoTsyo received new deliveries of Insulin from Insulin For Life Australia and also from Insulin for Life The Netherlands (new!). The handling fee was already low and now we also managed to lower the transport costs. However the price of syringes became higher for people because our stock of free syringes is finished and therefore we can no longer give them out for free. We are now developing special sets of 3ml insulin with 3 syringes and 10 ml with 10 syringes, keeping the total price per insulin patient at the same level as before. So for them nothing changes.